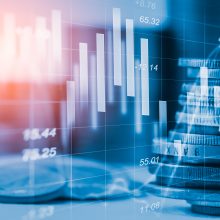 CEO Pay Ratios to be Publicised

We’ve all seen the coverage surrounding the reporting of the gender pay gap. It’s now been announced that large listed companies will soon be required to publish the ratio of CEO’s pay to that of the workforce. This is due to new legislation taking effect as of January 1st, 2019. Here we discuss the implications that could occur for payroll workers.

We’ve had a years’ worth of gender pay gap reporting to do, now we’re faced with another load of data calculations to prepare and publish. These will come in the form of CEO pay ratios. For many years, the amount that CEO’s are paid has been a hot topic. Criticised both in the media and in discussions nationally, the difference between the big bosses and those in the workforce is something that rattles a fair few cages. These ratios and the fact that they are soon to be publicised is likely to cause a lot of debate, potentially on the same level as that of the gender pay gap figures.

These figures can be astonishing. Recent research actioned by the CIPD with think tan the High Pay Centre has uncovered the ration of median FTSE 100 CEO pay to median UK full – time or part – time work pay was 167:1 in 2017, an increase from 153:1 in the previous year. Basically, this means that it would take 167 years for your average worker to earn the amount that the typical FTSE 100 leader earns in a year.

The government have previously touched upon how these large pay differences lead to public distrust and widespread shareholder dissatisfaction. In their green paper ‘Corporate Governance Reform’ there are strong references to ‘widespread perception that executive pay has become increasingly disconnected from both the pay of ordinary working people and they underlying long-term performance of companies’. Within the same green paper, the government suggested the introduction of CEO pay ratios and underpinning explanations. This would include context as a method of increasing transparency and to assist shareholders in holding boards accountable for their levels of executive pay.

Who are the companies that will be affected?

These regulations apply to all quoted companies. This is defined within the Companies Act 2006.

This legislation highlights that companies determine this headcount by working out the average number of employees for every month of the fiscal year. For companies in a group structure, this applies at group level.

A UK employee is defined as somebody employed under a contract of service, except those employed to work fully/mainly outside of the UK. The Department for Business, Energy & Industrial Strategy says; it is not likely that those who are contracted or are agency workers would need to be included as their employment contract is with a different organisation. As well as these workers, those who are individual contractors or consultants with an alternative contract would not be included.

These regulations apply specifically to England, Scotland and Wales. For Northern Ireland, the administration has agreed that business legislation should mirror the terms of that of the whole of the UK.

What are the requirements of reporting?

The regulation requires all companies that are required to do so to disclose the information in the annual director’s remuneration report. They must account for the results shown and for any changes made over time.

There are guidelines from the BEIS which were published in June 2018.

Figures are required to be set out in as a table. The figures that must be disclosed are the CEO’s total pay ratio to:

Underneath this table companies are required to provide supporting information and explanations including:

The CEO’s remuneration figure is required to be the latest Single Total Figure of Remuneration (STFR) – already part of the directors’ report, calculated in accordance with existing regulations. If there has been a change in CEO within the year, the total pay and benefits paid to each of these CEO’s is required to be taken into account. If they have moved from another post, these can’t be taken into account. Simply their pay and benefits as a CEO.

Where the employees’ remuneration is concerned, it uses the full-time equivalent remuneration of the company’s UK employees. This must be calculated identically to the CEO’s remuneration. If there is a reason that this isn’t possible, an alternative method can be used. However, an explanation of this must be included in accompanying notes.

The regulation provides 3 methods for identifying employee remuneration values for the ratios. The governments preferred option is A.

If this isn’t possible there are two alternative methods.

Option C makes it possible for the company to use any alternative pay data rather than, or instead of, gender pay gap information.

In the event that option B or C is used, the FTE remuneration fort these employees must be calculated for the fiscal year being assessed. The accompanying information must clearly state which option has been used and why as well as any changes in previous years.

Calculating each ratio is done by dividing the CEO’s remuneration by that of the employee at each percentile.

It’s likely to be the responsibility of the finance or human resources department for a lot of companies. Although, the requirement of pay data to be used for the whole workforce, it’s probable that payroll will be involved within the collection and analysis of data. For some organisations, it will be easier to create a team with members from different departments.

Once companies have worked out whether they are affected by the legislation, it will be necessary to find the required data and which method is the best for them to use. Supplementary information that is published will need to be carefully selected. Statutory requirements must be met with careful consideration what prospective employees, shareholders and clients interpret from the information.

For more information on finance legislation, don’t hesitate to get in touch today!

Find out more about the amazing people behind ABC Accounting Service!

Find out more about the wide variety of services we can offer you.

Can’t find what you are looking for?
Get in touch with us.